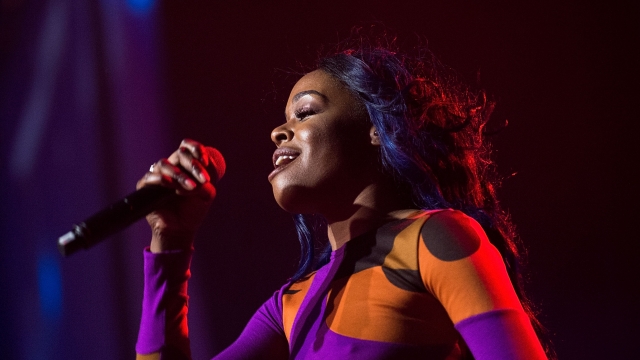 Singer Azealia Banks appears to be in a bit of a social media beef with U.K. artist and former One Direction member Zayn Malik.

It all started Tuesday when Banks posted an image to Instagram suggesting Malik was copying her style. She ended the pic's caption with, "I'm not mad about this though. Zayn is a cutie pie."

Malik later made two posts to Twitter without directly tagging Banks and said: "No lies ... I see you reaching but I don't care" and "My @'s too good for you."

Banks took this as a shot at her, and she fired back on Twitter.

After another response from Malik, this one leaving no question as to whom it was directed to, Banks again had some choice words for him.

Malik, who is Muslim, has often been the lightning rod of hate speech on social media. He temporarily deleted his Twitter account in 2012.

So far, Banks has been unapologetic since the Twitter dust up, and because she's continued to keep her account pretty R-rated, we don't expect an apology any time soon.