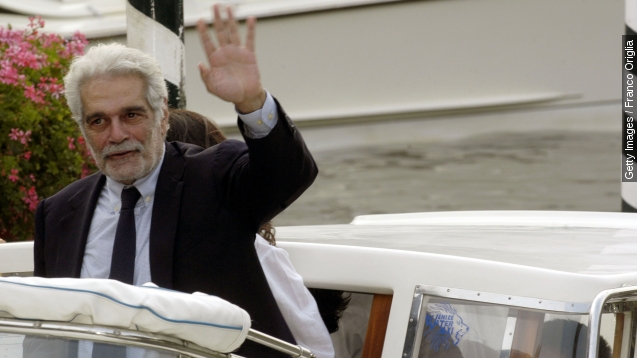 "Luckily, not everything I did was rubbish for money. I have had some great moments." Those were the words of Omar Sharif, who died at the age of 83 of a heart attack.

BBC credits him as the "most famous Egyptian actor of his generation." (Video via Metro-Golwyn-Mayer / "Doctor Zhivago" )

Sharif was born in Alexandria, Egypt in 1932 and began acting in his 20s.

"And that's how I became an actor. If I had stayed fat, if I had not learned English, if I had not had the theater at school, I would be a timber merchant like my father," said Sharif. (Video via Daily News Egypt)

About ten years after that, his first big break made him an international star.

Over his lifetime he said he made sure he had no regrets. He won an Academy Award, two Golden Globes and about ten other awards or nominations. (Video via Al Jazeera)

Sharif suffered health problems before. In 1994 he had a mild heart attack. And in May this year he was diagnosed with Alzheimer's Disease.

Since then he had been resting at his home in Egypt. He leaves behind a son and two grandsons.