Avril Lavigne Opens Up On Camera About Lyme Disease Battle 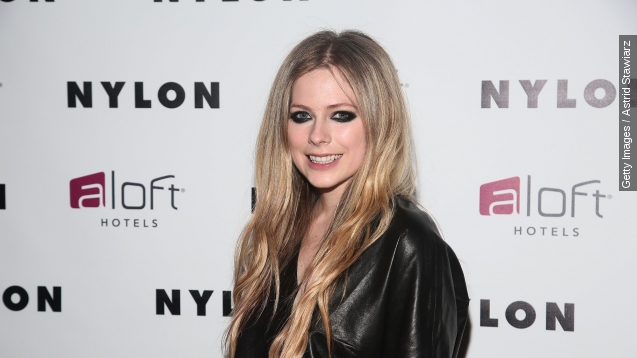 By Katherine Biek
June 30, 2015
Avril Lavigne spoke for the first time on camera about her battle against Lyme disease. She is now halfway through her treatment.
SHOW TRANSCRIPT

Singer Avril Lavigne opened up on camera for the first time about her battle with Lyme disease Monday.

Lavigne said she first began feeling ill last October. She spoke to ABC about the struggle she faced with doctors attempting to diagnose her illness. (Video via Epic Records / Avril Lavigne)

"I was seeing every specialist and, like, literally the top doctors. ... So stupid, they would pull up their computer, like 'Chronic fatigue syndrome,' or 'Why don't you just try to get out of bed Avril and go play the piano.' It's like, 'Are you depressed?'" Lavigne told an ABC reporter.

It was actually Lavigne herself who first brought up the idea of having Lyme disease. It was later confirmed when she went to a specialist.

A person can develop Lyme disease after being bitten by infected blacklegged ticks. Symptoms include fever, headache, fatigue, and a skin rash. The Centers for Disease Control and Prevention reports "infection can spread to joints, the heart and the nervous system" if not treated.

Accurate estimates of how many people are diagnosed with Lyme disease every year are tough to come by.

The AARP reports that's because patients believe doctors don't "fully understand it, under- or mistreated it, and disregarded patient complaints of its lingering effects." (Video via Envita Medical Center)

Lavigne spoke to People in April, about how her symptoms left her bedridden for months: "There were definitely times I couldn't shower for a full week because I could barely stand. It felt like having all your life sucked out of you."

The "Sk8er Boi" singer, who called this her "second shot at life," told ABC she's about halfway through her treatment. (Video via Arista Records / Avril Lavigne)