Autopsy Of Sandra Bland Shows No Signs Of Foul Play 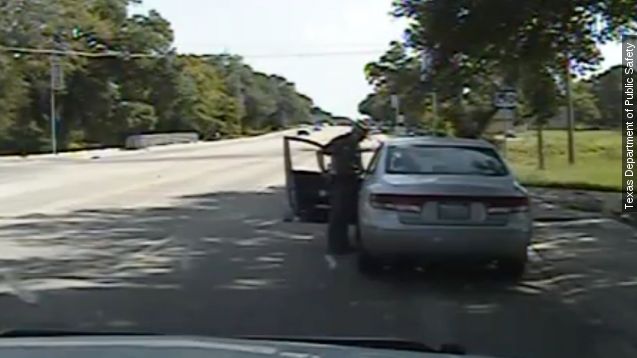 Texas prosecutors have released the first results from the autopsy of Sandra Bland, and the results pretty much support the official story of how Bland died in police custody. (Video via Texas Department of Public Safety)

"The medical examiner did not find any injuries on those particular organs or body parts that was consistent with a violent struggle," Waller County Assistant DA Warren Diepraam told reporters.

Bland, who was arrested after a traffic stop turned violent, was found dead in her jail cell three days later. Authorities attributed the death to suicide, saying Bland hanged herself with a makeshift noose made from a plastic bag.

Bland's family has consistently questioned the official story of Bland's death, disputing the notion she would have took her own life.

But the autopsy found no evidence to indicate Bland's death was anything but a suicide. The medical examiner found injuries consistent with suicide by strangulation, as well as scabs on her back from applied pressure, and weeks-old cuts on her wrist.

Preliminary toxicology reports also found traces of marijuana in Bland's system, which prosecutors say could have affected Bland's mental state while she was imprisoned. (Video via KTRK)

"It is a mood amplifier, so it is relevant in our opinion to determine whether or not marijuana may have played a role in her death as well," Diepraam said.

But the autopsy likely won't end the questions surrounding Bland's arrest and jail time. Both the arresting officer and the jail have been cited for improper procedures as a result of the Bland case.