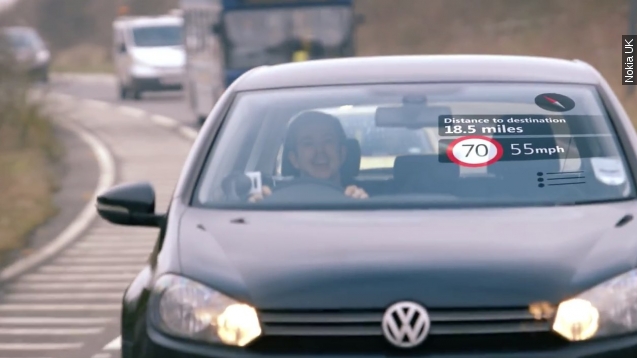 SMS
Auto Titans Flex Collective Muscles To Obtain Latest Tech
By Ryan Biek
By Ryan Biek
August 3, 2015
Three auto giants now own arguably the best mapping technology available. But what does their teamwork in making the purchase mean for the industry?
SHOW TRANSCRIPT

What do BMW, Audi and Daimler –– owner of Mercedes Benz –– have in common? As of now, they control about a third of arguably the most accurate mapping technology to date. (Videos via Daimler AG, Audi UK and BMW)

The three carmakers pooled their resources to buy Nokia's digital mapping technology known as HERE, which Nokia says is used in 80 percent of the cars in North America and Europe. The deal was worth about $3.1 billion. (Video via Nokia UK)

They immediately advertised the acquisition as a step toward self-driving vehicles.

The three carmakers said in a joint press release, "High-precision maps are important for autonomous driving ... as these technologies require an up-to-date plan of a vehicle's surroundings exact to the nearest centimeter, in order to react in real time."

The automakers' press release noted none of them wishes to take more than an equal share of the mapping business as they develop new tech innovations for their cars. It seems like wishful thinking, given the high-stakes competition in the auto industry.

Except now the three appear to be in an arms race, banding together for a new war: car companies vs. tech companies. Google, Apple and Uber are all working toward making self-driving cars a part of everyday life. (Video via Google Self-Driving Car Project)

It's an interesting shift, now that the most touted features in the industry don't have much to do with cars directly.

All three of the car companies remain in cutthroat competition for innovations on the track. (Videos via BMW Sauber F1 Team, Audi Deutschland, Mercedes AMG Petronas)

Yet speed limits make engine and other hardware modifications less of a thrill for consumers.

And while tech companies have a history of collaborating with car manufacturers, be it with stereos or GPS –– tech companies' values seem to indicate more and more it's their products that Americans crave the most.

Tech suppliers make up six of the top 10 on Forbes' list of the world's most valuable companies; only one car maker slides into the top 10.

With that much global market power, and the massive funds ready for investing that comes with it, it's no wonder car makers are having to band together to keep their industry theirs.