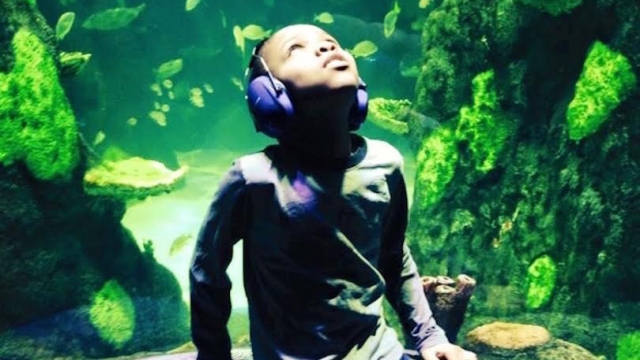 SMS
Autism Doesn't Discriminate, But Its Diagnosis Might
By Samantha Crook
By Samantha Crook
April 12, 2016
A lack of understanding might be keeping black and Latino kids with ASD from getting an accurate diagnosis.
SHOW TRANSCRIPT

"Autism doesn’t discriminate. ... It's not selective on who it picks," Camille Proctor said.

Black and Latino children are less likely to be diagnosed with autism spectrum disorder than white children, even though research suggests they have the same risk of developing ASD as white children.

Because of this, the Centers for Disease Control and Prevention says this likely delays services for nonwhite children with ASD.

"Oftentimes, in communities of color, behaviors are attributed to the need for discipline, and that’s not always the case," Proctor said.

Proctor experienced that firsthand when she took her then 2-year-old son who has ASD to one of his least favorite department stores.

"He was trying to get out of his stroller, and he was just like stiff, and he was falling out. And I remember this lady looking at me who worked for that department store and she said, 'Oh, he just needs his butt beat,'" Proctor said.

"It kind of made me mad. After I processed it, and I got all calm, and I’m like you know, there isn't enough information out there in our community for people to really, really understand what autism is," Proctor said.

Proctor founded The Color of Autism to help African-American families and families in underserved communities. She hopes education on ASD can address misunderstandings that could be keeping kids with ASD from getting an accurate diagnosis.

"You need to have a diagnosis in order to get the services that you need," Proctor said.

"Families that have children with special needs, period, they go through a great deal of isolation. … But if we really embrace that village concept, we could have some stronger families in the community overall," Proctor said.

This video includes an image from Becky Wetherington / CC BY 2.0.