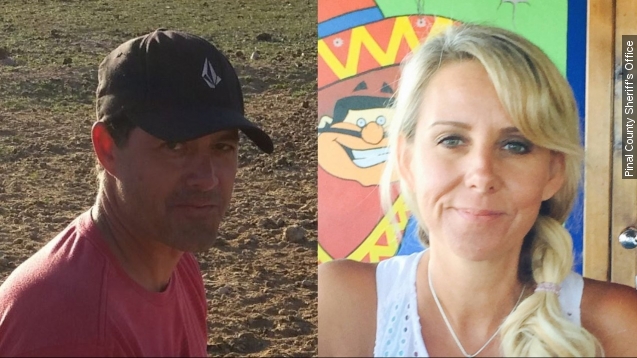 Those bodies are believed to be Michael and Tina Careccia, who who went missing on June 22.

On Tuesday, The Pinal County Sheriff's Office released a statement saying, "...we are confident that foul play is involved in [the Careccia's] disappearance."

Newsy's partners at KNXV reported authorities executed a search warrant Wednesday at a home near where the Careccia's lived. A backhoe was later brought in to dig on the property.

"It's a rollercoaster of emotions, you know? We go through the cycle of hope and disappointment and trying to do what we can do to help the Sheriff's get them found," Geoff Dugan, Michael Careccia's brother-in-law, told KNXV.

KNXV reporter Allison Rodriguez tweeted Thursday morning that the authorities have arrested the man who owns the home where the bodies were found.