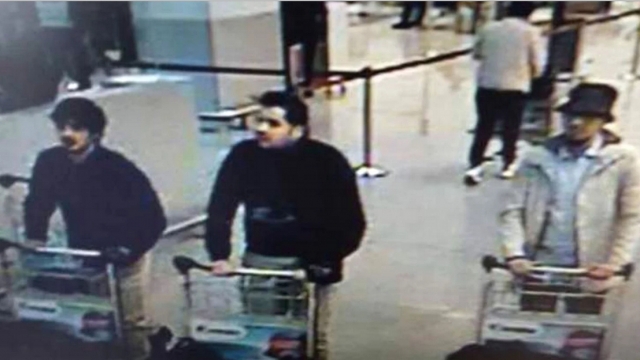 Officials believe they've identified the third man seen on a security camera just before the bombing of the Brussels airport.

The suspect's name was not released, but authorities said he was listed on U.S. terrorism databases before the bombings. He is believed to be on the run.

A suspected bomb-maker from the November attacks in Paris, Najim Laachraoui, is also believed to be a suicide bomber involved in the Brussels airport attack.

Investigations into the attacks have led to six people in Brussels being detained in police raids.

Police were tight-lipped about the arrests but said they would decide Friday whether those apprehended would remain in police custody.

This video includes clips from ABC and Deutsche Welle and images from the Belgian Federal Police and Getty Images.