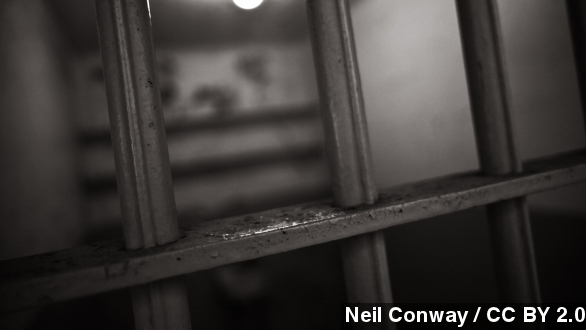 An Australian man and woman could face death by firing squad after they were allegedly busted trying to smuggle 75kg of methamphetamine from China to Australia.

In the past year, the Chinese government has been cracking down on drug trafficking through a program known as Operation Thunder.  (Video Via BBC)

The current laws state suspects found guilty of possessing more than 50 grams of meth could face the death penalty or life in prison.

While it remains unclear if Davis and Gardner have been charged, the trial process looks bleak as the country has a conviction rate of more than 99 percent.

Although both Davis and Gardner face the same potential fate, Davis has collected the most media attention.

The Sydney Morning Herald published an article focusing on her time at a Christian school and on her well-off family. It also noted a friend said she, "got caught up with the wrong guy."

Multiple outlets are also pointing out Davis is the daughter of a police officer.

China currently has seven other Australians in custody under similar accusations.

This video includes images from Michael Allen Smith / CC BY SA 2.0 and Chris Potter / CC BY 2.0.