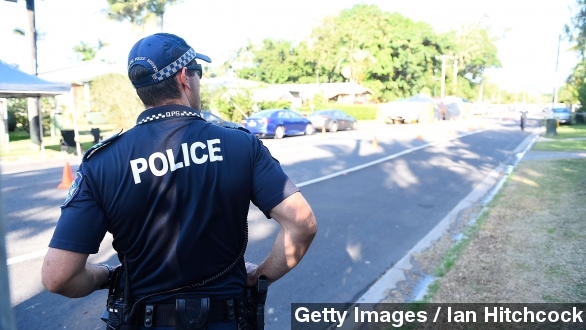 SMS
Australian Mother Arrested In Stabbing Deaths Of 8 Children
By Evan Thomas
By Evan Thomas
December 20, 2014
Authorities have not yet leveled formal charges against a mother in Cairns, Australia suspected of stabbing eight children.
SHOW TRANSCRIPT

A mother in Cairns, Australia is now under investigation after the stabbing deaths of eight children Friday.

Police arrested the mother, who has yet to be named, on suspicion of murder late Friday; she is under police guard at the hospital where she, too, is recovering from multiple stab wounds. (Video via Euronews)

She was the mother of seven of the eight children found in the house, who ranged in age from 18 months to 14 years old.

“Police have confirmed they have found a number of weapons during their search of this house behind me during the night. They say they’ve found a number of knives but they’re still to do more tests to determine if any of they are the murder weapon in fact,” said ABC Australia’s Allyson Horn.

Authorities are calling in specialists to run a thorough investigation of the incident.

As one investigator put it: "This is not a small job. We're not taking this lightly at all. We will cover every angle before this is finished." (Video via CNN / 7News)

“Police have asked for space while they carry out a difficult investigation.”

The Brisbane Times reports the house will stay isolated as a crime scene for two to three more days as investigators gather evidence.