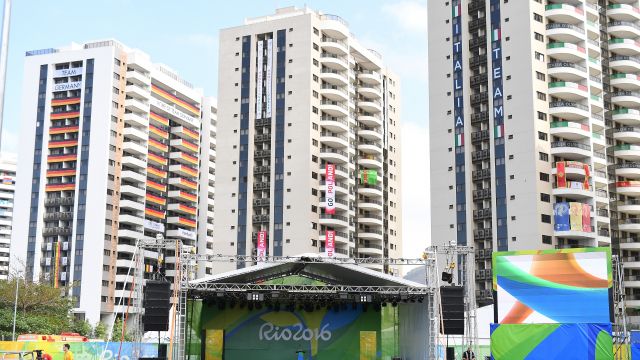 Australia's Olympic athletes are off to a tough start in Rio de Janeiro.

Most recently, the Australian Olympic team was reportedly robbed of at least two laptops and team shirts during a fire evacuation Friday.

About 100 team members from Australia's Olympic Village residence were evacuated after a small fire started in the basement. Officials say a lit cigarette tossed into a trash bin caused the blaze but that fire alarms never went off.

"The alarms didn't go off. The fire alarms had been silenced while they were carrying out maintenance. ... We hadn't been advised the fire alarms were silenced, so how we found out was basically smoke," Australia's Chef de Mission Kitty Chiller said.

That's when someone reportedly snatched the Australian team's belongings.

Australia's team has already had a public spat about the Olympic Village, refusing to move in at first.

"A string of problems like electrical problems, plumbing problems. ... They were quickly fixed, but this is just more bad news in the preparation for the Australia team," a Channel 7 Australia reporter said.

This latest incident comes about a month after two members of Australia's Paralympic sailing team were robbed at gunpoint while riding bikes at a nearby park.

"... and lifted the gun up toward me and then pushed me in the shoulder, and I just fell down on the cobblestone," paralympian Liesl Tesch told 9News.

All of this and the Olympics haven't even started yet. The opening ceremony is set to take place Friday.