Australia On Course For Climate Change Showdown In Paris 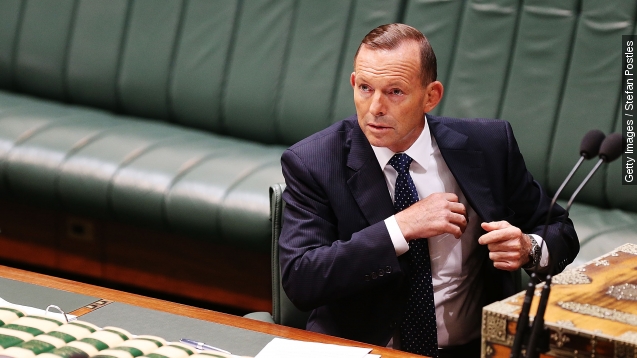 That French official is climate envoy Nicolas Hulot, who says Australia needs to double its current rate of cutting emissions to keep up with other countries. (Video via EurActiv)

As it stands, Australia's goal is to reduce emissions 5 percent by 2020, in relation to levels in the year 2000. (Video via ABC Australia)

Compare that to the U.S., which set a goal of 17 percent by 2020, in relation to 2005 levels, and Australia's goal looks pretty conservative. (Video via Al Jazeera)

Especially when you factor in that Australia has some of the highest per-capita emissions in the developed world. There's a reason for that. (Video via Lonely Planet)

At the same time, Abbott has continually supported coal production, one of the country's biggest exports and a multi-billion dollar industry in Australia. (Video via Science Channel)

But climate change could worsen one of Australia's most destructive recurring disasters: bush fires. The massive wildfires cost the country millions of dollars on an almost yearly basis. (Video via BBC)

The CEO of Australia's Climate Council told The Guardian the country is already seeing longer fire seasons: "Put simply, climate change is increasing the frequency and severity of very hot days and is driving up the likelihood of very high fire danger weather." (Video via HotHouse Sydney)

Australia still hasn't released it post-2020 goals, but on its current trajectory, Hulot estimated it would cut emissions 20 percent by 2030. (Video via Parliament of Australia)

It still has time to adjust that, though. The U.N.'s Climate Change conference in Paris doesn't start until Nov. 30. (Video via French Ministry of Foreign Affairs and International Development)

This video includes music from Little Glass Men / CC BY 4.0.