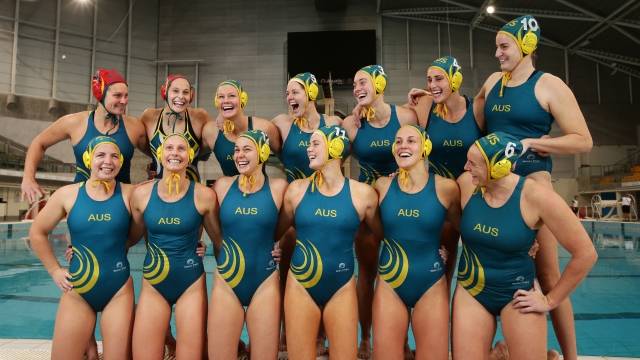 SMS
Australia Is Having The Worst Luck At The 2016 Summer Olympics In Rio
By Matt Moreno
By Matt Moreno
August 2, 2016
After a string of incidents already, now the country's women's water polo team has reportedly been quarantined after teammates got sick in Rome.
SHOW TRANSCRIPT

On Monday, the country's entire women's water polo team reportedly had to be quarantined after four members were sickened with a gastrointestinal illness on their way to Rio de Janeiro.

"Just the usual precautionary measures, but moving the whole team out there, and there will be no interaction between anyone in the village and them for the next 48 hours," Australian Olympic team's chef de mission Kitty Chiller said.

The members reportedly contracted the illness while training in Rome prior to the start of the games. But even getting from Rome to Rio was an obstacle.

"We had an 11-hour delay, but once we were on the flight, it was all good," a polo team member told 9News.

While the illness isn't expected to have a major impact on the their medal hopes, it seems like Australia's Olympic team is having the worst of luck in Rio so far.

Over the weekend, Australia's team was reportedly robbed during a fire evacuation at their Olympic village residence. At least two laptops and team clothes were stolen, and officials say the fire alarms never went off.

Prior to that, Australia's team, one of the first to arrive in Rio, refused to move into the Olympic village due to problems with the rooms including exposed wires, broken floor tiles and more.

So, yeah, you could say Australia's trip to the Summer Olympics is off to a bumpy start.

Australia's women's water polo team is expected to be a strong contender to medal at the games. The team won bronze at the London 2012 Games and brings back a mix of experience and young talent this year.