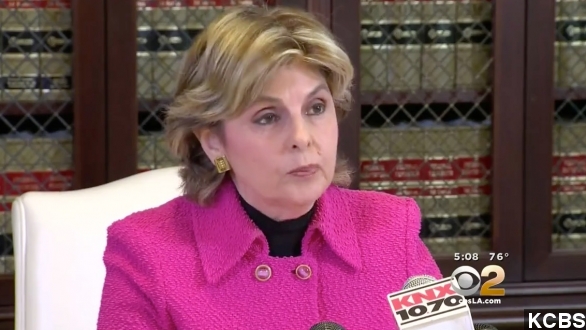 By Jay Strubberg
September 30, 2014
Another NFL player accused of sexual assault was allowed to take the field the day after the league became aware of the incident.
SHOW TRANSCRIPT

More problems for the NFL and Commissioner Roger Goodell.

Another woman claims to have been sexually assaulted by an NFL player. The woman's lawyer says she personally delivered a letter about the incident to Goodell's office, but the league still allowed the unnamed player to take the field the following day.

High-profile attorney Gloria Allred lashed out at Goodell during a press conference Monday. Allred said the player should not have been allowed on the field, because it's against the league's own guidelines. (Video via KNTV).

GLORIA ALLRED VIA KCBS: "Given that there is an alleged rape, it appears that their NFL policy was not followed because it appears that both the team and the player failed to notify the NFL immediately."

An NFL spokesperson responded to Allred's accusations, saying "We have no information on this alleged incident other than her letter."

Allred's accusations come as the NFL continues to face the fallout over its handling of several domestic abuse cases. Goodell recently apologized for how the league responded to the Ray Rice case, among others.

NFL COMMISSIONER ROGER GOODELL ON MSNBC: "Our standards and the consequences of falling short must be clear, consistent and current. Nothing is off the table."

A previous version of this video referenced a 2006 allegation against Brandon Marshall, who was at the time a wide receiver for the Denver Broncos.