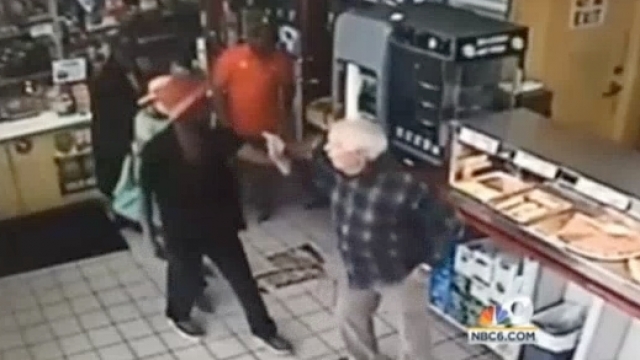 By Ben Lawson
February 9, 2016
Authorities have charged a 22-year-old man with attempted murder, aggravated assault and battery after a series of attacks in Florida.
SHOW TRANSCRIPT

Authorities aren't exactly sure what led to one person in Florida being attacked with a sword and another with a metal pole on Sunday. Just to warn you, some people might find this footage disturbing.

Police accuse 22-year-old Jovaughn Walker of carrying out the attacks. Surveillance tapes from the first attack appear to show a man hitting an 81-year-old man with a pole.

Another surveillance camera caught a vendor at a flea market being attacked with a sword. Both victims received medical treatment and are expected to be OK.