Attack On Gas Company In France Investigated As Terrorism 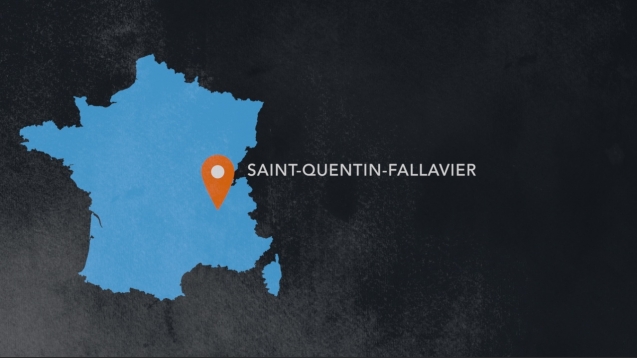 SMS
Attack On Gas Company In France Investigated As Terrorism
By Kate Grumke
By Kate Grumke
June 26, 2015
French authorities say there were two attackers involved in a suspected terrorist attack in Saint-Quentin-Fallavier. One suspect has been arrested.
SHOW TRANSCRIPT

One person is dead and at least two are injured following an attack on a gas factory in south Eastern France Friday.

According to reports, the victim’s decapitated body and a flag with Islamist inscriptions were found at the scene. (Video via BFMTV)

France’s Interior Minister identified the suspected attacker as 35-year-old Yassin Sali, a man who was on a security watch list but had no previous criminal record. The minister said “suspected accomplices” have also been detained.

French President Francois Hollande is cutting a trip to Brussels short following the attack to return to Paris.

Hollande urged his country to not give into fear and create useless divisions as the attacks this year on satirical newspaper Charlie Hebdo and a kosher supermarket are fresh memories.