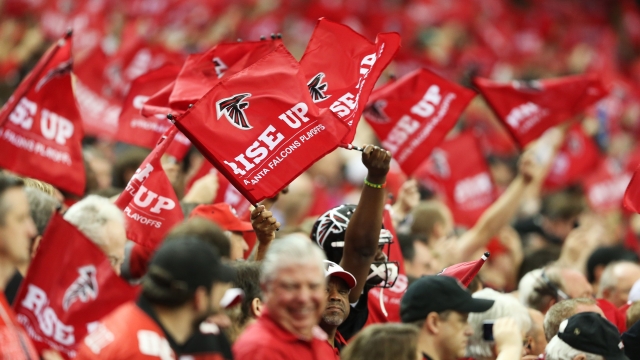 The Atlanta Falcons head coach has scolded one of his assistants for asking a draft prospect if he’s gay.

"The Falcons coach, one of the coaches, was like, 'So do you like men?'" Apple said. "It was like the first thing he asked me. It was weird because I was like, ‘No.’ And he was like, 'If you're going to come to Atlanta, you've got to know that’s how it is sometimes out here. You've got to get used to it.'"

Now, to be fair, Apple didn’t appear to be bothered by the question when he talked to SportsNet and said he thought the coach was joking. But it didn’t go over well with Falcons head coach Dan Quinn.

In a statement, Quinn called the question unprofessional and inappropriate. “I have reiterated this to the entire coaching staff, and I want to apologize to Eli for this even coming up.”

Scouts' and coaches' livelihoods require them not just to predict a young athlete's potential on the field, but to ask deeply personal questions of players, their family members and their friends.

And while it has nothing to do with athletic ability, the gay question isn't without precedent.

Missouri's Michael Sam was the first openly gay player selected in the NFL draft two years ago. But even Sam and his reps admitted to making the announcement weeks before they'd originally planned, in part because NFL scouts were asking questions about whether he had a girlfriend.

Sam has maintained he didn't stick with a team because he came out as gay, and the NFL still hasn't had an openly gay player on an active roster during the regular season.

As for that Falcons coach, he may face the wrath of someone even more powerful than his boss.

An NFL spokesman told USA Today the question Apple mentioned would be considered against league policy. "This is disappointing and clearly inappropriate as the Falcons acknowledged. We will look into it."

This video includes images from Getty Images and video from CBS and TMZ.