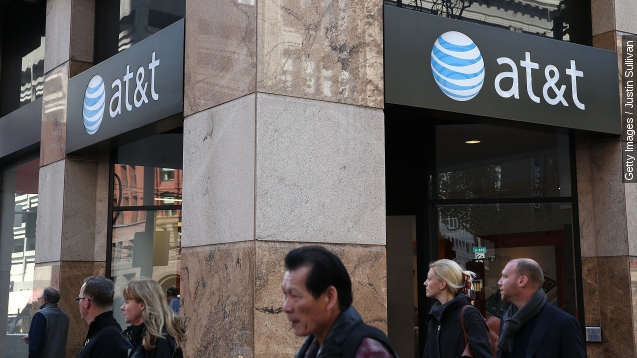 SMS
AT&T's New DirecTV Package Isn't Much Of A Deal After All
By Leah Becerra
By Leah Becerra
August 3, 2015
AT&T's new plans offer more services at a decent price, but the savings might not be all they're cracked up to be.
SHOW TRANSCRIPT

AT&T is taking the logical next step after swallowing up DirecTV.

The company announced "the first-ever nationwide package of TV and wireless services — all from a single provider on one bill." And yes, there will be discounts.

AT&T says the new plans could save households $600 or more a year — but, of course, that's only for the first year. (Video via AT&T)

The new system works the same way most TV discounts work: big savings for a set amount of time, and after that you're back to paying full price. Except in this case the savings end while subscribers are only halfway through the contract.

So if AT&T requires a two-year contract but only gives discounts for the first year, what does that mean for the second year?

Ars Technica has a pretty simple answer: "You'll pay the standard TV rates once the first 12 months is up, eliminating nearly all of the savings."

This new kinda-deal offering was likely part of AT&T's plan in acquiring DirecTV all along, which explains why this announcement comes so soon after the merger went through. But the company had to make some hefty concessions to get the opportunity. (Video via AT&T)

It was only allowed to buy DirecTV if it agreed to make certain changes over the next four years, including expanding fiber optic broadband service, giving faster service to schools and libraries, getting rid of data caps and discounting its services enough so that low-income subscribers can actually afford them.

Completing that to-do list is going to cost AT&T a lot of money, in addition to the $48.5 billion it spent on the buyout. The company better hope this bundling idea pays off.