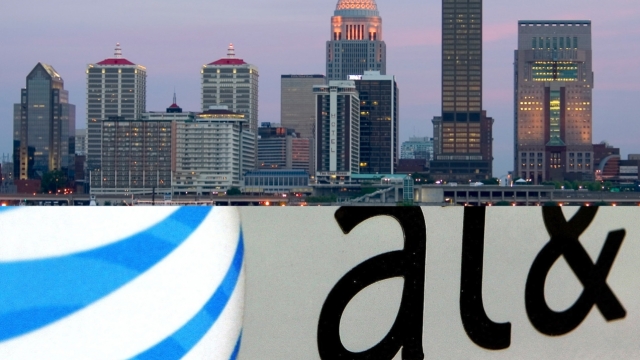 By Evan Thomas
February 26, 2016
Louisville, Kentucky, wants Google Fiber to come to town, but AT&T is arguing that the city doesn't have the authority to make that call.
SHOW TRANSCRIPT

Google Fiber is boosting broadband competition, but this isn't really the type of competition Google wanted to see.

AT&T is suing to stop Google from acting on a Louisville, Kentucky, City Council vote that would let the tech giant deploy its Fiber infrastructure.

"It was earlier this month when Metro Council passed an ordinance that will make it easier for Google Fiber to come to Louisville. It allows broadband providers to rearrange or move another providers' equipment on a utility pole," WDRB's Danielle Lama said.

AT&T says that's not how things are done. It's estimated the company owns as much as 40 percent of Louisville's utility poles. In its lawsuit against the city, AT&T argues the council doesn't have the jurisdiction to give Google the green light. That has to come from AT&T, after a licensing agreement.

In a statement to a number of outlets, AT&T makes it clear: "This lawsuit is not about Google. It's about the Louisville Metro Council exceeding its authority."

But it does — by pure coincidence, of course — give AT&T the competitive edge in the fiber race or at least a way to profit from Google's expansion.

AT&T lists Louisville as "underway" on its own fiber deployment maps, which is a bit further along than the "potential" category Google puts Louisville under. Until this suit is resolved, that's how things will stay.

And when the companies got around to actually building the networks, AT&T said Google had to pay up to use its poles.

So far, Google has declined comment on the Louisville case. Mayor Greg Fischer says the city will "vigorously defend" its unanimous vote to let Google proceed.

This video includes clips from Google, WDRB, AT&T, Long Pham / CC BY 3.0 and The Louisville Courier-Journal and images from The Pug Father / CC BY 2.0, The Library of Congress and Getty Images.