At Least 'Back To The Future' Got The Shoes Right 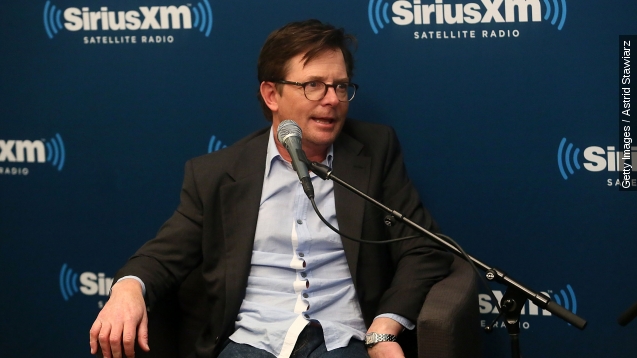 SMS
At Least 'Back To The Future' Got The Shoes Right
By Eugene Daniels
By Eugene Daniels
October 21, 2015
Nike sent Michael J. Fox a pair of self-lacing shoes to prove that "Back to the Future Part II" got that part right.
SHOW TRANSCRIPT

And 2015 looks just like you remember, Marty. At least when it comes to the kicks. (Video via Universal Pictures / "Back to the Future Part II")

"That's insane. That's really great," Michael J. Fox said after getting a pair of the Nike Air Mags he made famous in the film.

Yes, that is McFly himself, Michael J. Fox, putting on "power lace" shoes on Oct. 21, 2015 –– the day McFly and Doc travel to in the movie. Nike sent him a pair of Nike Air Mags on Wednesday to prove that "Back to the Future" got everything right ... well, except our cars aren't nearly as cool.

We've known for months that Nike was working on the shoe. In January, Tinker Hatfield, the man who designed Nike Mag for the 1989 movie, said his team was working hard to release the shoe this year.

But there is kind of a catch. Nice Kicks is reporting Nike is only releasing 1,500 pairs of the shoes to be auctioned off on eBay. That might sound like an odd fit, but all net proceeds will be going to the Michael J. Fox Foundation for Parkinson's Research.

Fox was diagnosed with Parkinson's when he was 29 years old, and at the time, doctors said his prognosis wasn't great.

"I had a twitch in my pinkie, and I'd thought I hurt my shoulder doing some stunt or something," Fox said on the "Late Show." "And the doctor said, 'You have Parkinson's disease.' He said, 'The good news is that you have 10 years of work left.'"

Nike hasn't said whether it plans to mass-produce the shoes, but maybe it's too busy making our other dreams come true?