Houston Gunman Shot And Killed By Police After Injuring 9 Victims 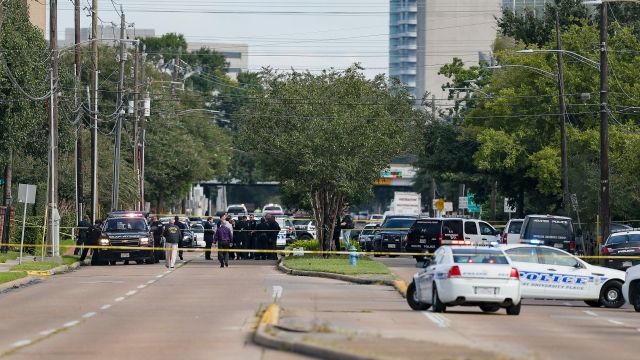 "Multiple officers engaged the suspect, who was shooting randomly at passerbys as well as anybody he could put his sights on," said Houston Police Department Captain Dwayne Ready.

The 911 calls started to come in around 6:30 a.m., and officials estimate it took the first responding officers about 10-15 minutes to arrive.

The shooter was outside out of his car, armed with a handgun and a rifle, and he was using a tree for cover. Nine officers from three different departments fired at the gunman. No officers were injured in the exchange of gunfire.

Both of the weapons used in the shooting were legally obtained by the suspect. The Bureau of Alcohol, Tobacco, Firearms and Explosives confirmed the rifle was purchased in 2009 and the handgun in 2011. The Houston Police Department said other weapons were found at the suspect's home.

Local news stations have identified the suspect as a local attorney, but police would not comment on the his identify pending official identification from the medical examiner and notification of next of kin.

The preliminary investigation hasn't uncovered any links between the suspect and terrorist groups. But the Houston Police Department confirmed they did find personal items with Nazi emblems inside the suspect's car and home.

Between the suspect and the officers, officials say at least 75 bullets were fired, and they're still trying to determine where all the bullets ended up. Six of the nine victims have been treated and released, and doctors expect the three still in the hospital to survive.