5 Dead After Shooting At Phoenix Home That Was On Fire 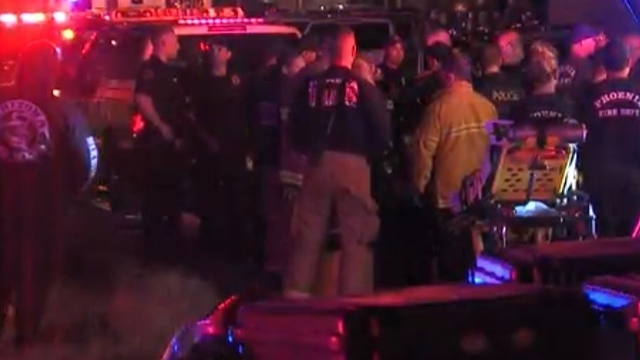 Five people are dead, including a suspected attacker, after they were shot inside a Phoenix, Arizona, home that was on fire early Tuesday morning, according to Newsy's partners at KNXV.

"You know, I heard things this morning and saw things as I'm down here that I haven't seen in 30 years. I've seen an active shooter inside a home while the house is on fire, shooting at officers that are trying to help victims who are on the line with us," Phoenix Police Sgt. Trent Crump told KNXV.

Fire officials told KNXV that police said shots were fired around 5 a.m. local time. Authorities initially responded to a 911 call claiming a family of four was shot inside their house.

"They kind of scary because they seem so calm over there, so I don't know," a neighbor told KNXV.

Dozens of firefighters and police officers were on the scene early Tuesday morning. A young child was reportedly being treated at a nearby hospital, but police later confirmed the child had died.