At Least 20 Dead, Dozens Injured In Train Collision In Italy 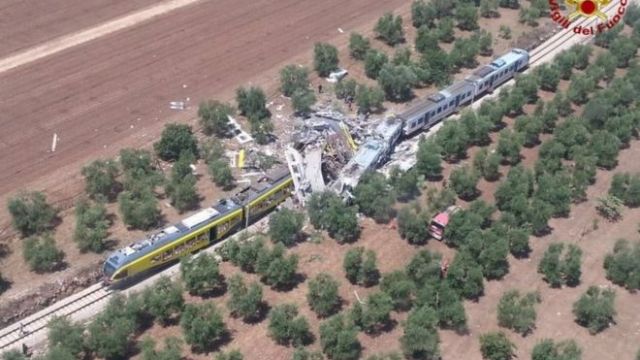 It wasn't clear what led to the crash as of Tuesday morning. The trains appeared to be on the same track at the time, and they were reportedly traveling at high speeds.

An official compared the damage to a plane crash. Images from the scene show the front cars are almost unrecognizable.

Italian Prime Minister Matteo Renzi is demanding answers for what led to the collision. He told reporters, "There is an absolute need to understand who is responsible and to shed total light" on the crash.

Officials say dozens were injured and that the number of deaths could rise as they sift through the wreckage.

This video includes clips from Sky News and Tele Dehon and images from Getty Images.