At Least 4 Dead After Car Drives Into OSU Homecoming Parade 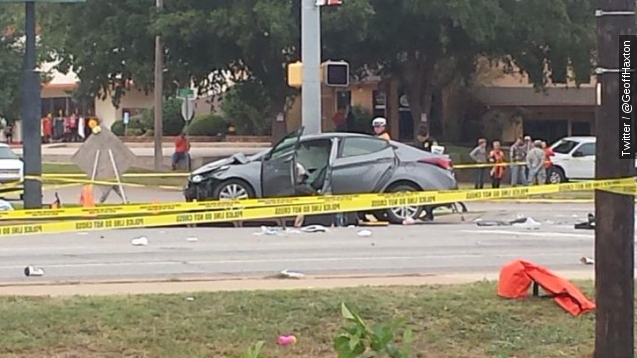 SMS
At Least 4 Dead After Car Drives Into OSU Homecoming Parade
By Matt Moreno
By Matt Moreno
October 24, 2015
Witnesses say the car was traveling at full speed when it slammed into the crowd at Oklahoma State University's homecoming parade.
SHOW TRANSCRIPT

Four people are dead and dozens injured after a car barreled into a crowd of people at the Oklahoma State University homecoming parade.

Eight critically injured people were flown by helicopter to nearby hospitals, according to the Stillwater Police Department. 26 more people were injured, nine seriously. Three victims were killed at the scene; the fourth, a two-year-old, passed away at OU Medical Center late Saturday.