At Least 2 Dead, Up To 17 Wounded In Florida Nightclub Shooting 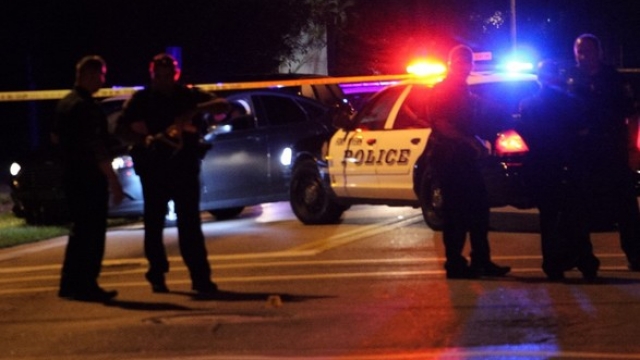 Two people are dead and up to 17 more were shot near a nightclub in Fort Myers, Florida.

According to Newsy's partners at WFTX, a shooting happened outside Club Blu Bar and Grill early Monday. The club was reportedly hosting a teen night.

"They were running for safety," Syreeta Gary said. "She wasn't so lucky as my daughter. She got hit in the leg."

There were at least two dozen evidence markers likely identifying shell casings outside the club, according to a WFTX reporter.

Another shooting targeting homes and vehicles happened a half-mile away from the club. Police say they believe that incident is related to the nightclub shooting.

Local media report the victims range in age between 12 and 27 years old.

The shooting comes just more than a month after a gunman opened fire inside an Orlando nightclub, killing 49 people and injuring 53 others. An investigation into this latest incident is ongoing.

This video includes clips from WBBH and WINK.