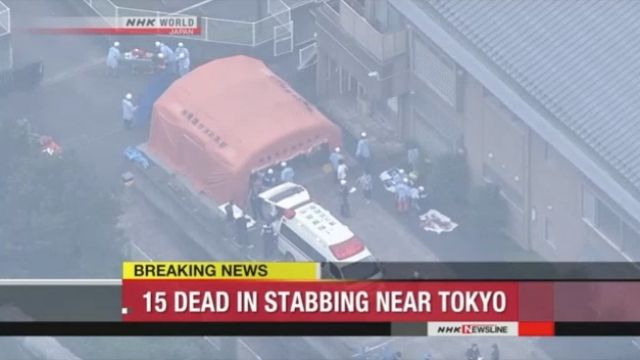 A man armed with a knife went on a rampage in a city outside Tokyo, Japan, killing at least 15 people.

The attack happened about 2:30 Tuesday morning local time at a facility for the handicapped in Sagamihara.

NHK World reports that at least 15 people were killed and as many as 45 others were wounded.

The suspect, a man in his 20s, turned himself into police after the incident. Officials say the man confessed to the stabbings and has been arrested on murder charges.