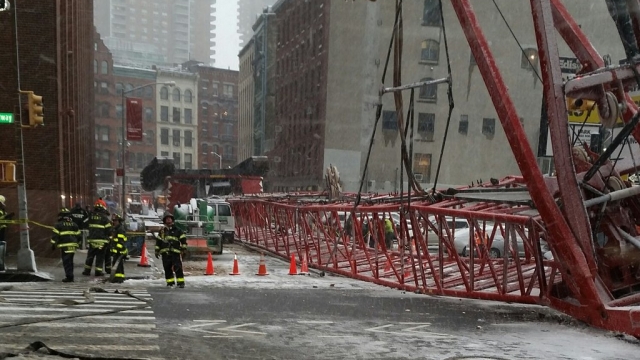 Officials say one person was killed and at least two others were injured after a giant crane collapsed in New York City Friday morning.

According to local media, the crane fell to the street, smashing parked vehicles in Lower Manhattan's TriBeCa neighborhood. It wasn't immediately clear what caused the crane to fall.

This video includes an image from Twitter / @FDNY / @NYCOEM.