How Will Mars Crews Cope With Watching Earth Fade Into The Distance? 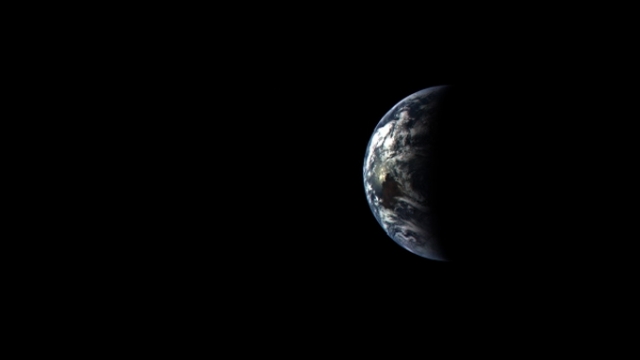 SMS
How Will Mars Crews Cope With Watching Earth Fade Into The Distance?

By Steven Sparkman
September 23, 2016
It's a question we'll answer when we send astronauts to Mars and beyond.
SHOW TRANSCRIPT

What would it be like to watch Earth fade into the distance? If we're ever going to send humans to Mars and beyond, they're going to have to deal with seeing the Earth get smaller and smaller until it's just another light in the sky, and psychologists aren't sure how people are going to handle it.

It's been dubbed the "Earth-out-of-view phenomenon." In the history of space travel, no one has ever been far enough from home to experience it. The moon is as far as anyone's ever gone, and from there, Earth still looks like Earth, with all its clouds, oceans and continents spinning around.

The fear is that watching Earth fade away will worsen the psychological challenges of deep spaceflight, like feeling disconnected, confined and vulnerable. Astronauts on board the International Space Station sometimes feel all of those things, and they actually have it pretty good compared to a deep space mission: They can make real-time calls with friends and family, they can receive gifts in supply shipments and, if things get bad, they know they can bail out.

They also get a great view of Earth, and that's turned out to be pretty important. Astronauts talk about gazing out the window at their home planet in almost religious terms. It looks beautiful and fragile, and it tends to make people feel more love for their home planet. Humans on a Mars mission would spend hundreds of days without that view. So what do we do about it?

The researcher who coined the term "Earth-out-of-view phenomenon" has said it might be as simple as giving the Mars crews a telescope they can point home any time they want. But a big part of it might just be luck, since it's hard to know how someone will react to space ahead of time.