A NASA Astronaut Just Cast His Absentee Ballot — From Space 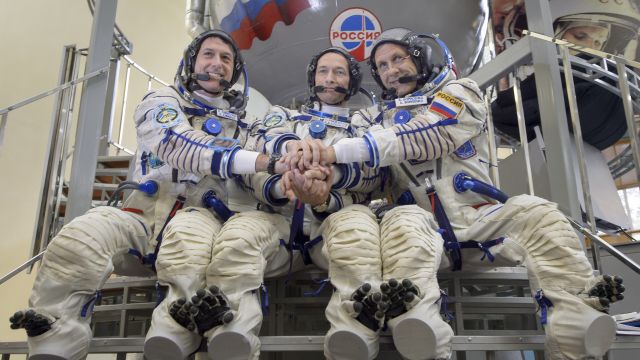 SMS
A NASA Astronaut Just Cast His Absentee Ballot — From Space
By Lindsay Gloor
By Lindsay Gloor
November 7, 2016
American astronaut Shane Kimbrough was excited to be able to say, "I voted from space."
SHOW TRANSCRIPT

NASA astronaut Shane Kimbrough was able to make his voice heard in the 2016 presidential election from the International Space Station.

SEE MORE: What It Takes To Bring Astronauts To And From The ISS

Kimbrough told reporters before he launched in late October that he's "pretty much apolitical." But he was excited to be able to say, "I voted from space."

But he's certainly not the first American to exercise his civic duty without coming near an earthly voting booth. According to NASA, a 1997 Texas law gave astronauts the ability to vote while on missions.

One year before launch, astronauts must select which local, state and federal elections they want to participate in — most live in or near Houston. Once absentee ballots are available, astronauts in space can vote using a "secure electronic ballot."

NASA astronaut Kate Rubins sent in her absentee ballot from space before returning to Earth in late October.

"The absentee ballot address is 'low-Earth orbit.' So I think that it's pretty amazing that we're able to vote from up here, and I think it's incredibly important," Rubins said in an interview.