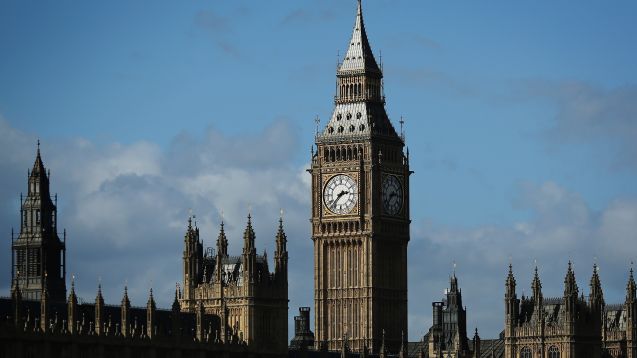 "It's naive to believe that we can prevent the persuasion of an elderly, expensive or asset-rich relative being encouraged, coerced or emotionally blackmailed into taking their own life. And if just one person makes that decision to end their own life through such result of pressure, I believe, that would be an absolute tragedy," parliament member Lyn Brown said.

A spokesperson for U.K. Prime Minister David Cameron said he wasn't sure any further steps needed to be taken on the issue. (Video via U.K. Parliament)

The BBC pointed out parliament's opinion on assisted suicide hasn't changed much since the last time it debated the subject. (Video via U.K. Parliament)

But outside of Parliament, public opinion on the issue might have shifted. Protesters both for and against changes to laws on assisted suicide were outside Parliament on Friday. (Video via Not Dead Yet UK)

In a Populus poll conducted for Dignity in Dying, 82 percent of respondents said they supported changes to assisted suicide laws. But support levels varied depending on how survey questions were worded. (Video via Dignity and Choice in Dying)

And parliament isn't the only authority weighing the matter. Attempts to safeguard assisted suicide within the U.K. have even been brought to the international level. (Video via European Court of Human Rights)

Multiple complaints from the U.K. have been sent to the European Court of Human Rights about legal protection for assisted suicide.

Earlier this summer, the human rights court dismissed a complaint, saying the applicant hadn't exhausted all the national resources to solve the issue. (Video via European Court of Human Rights)