Asia-Pacific Is Now Home To The World's Most Millionaires 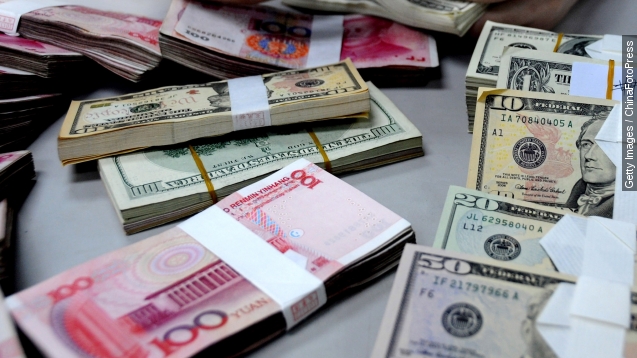 SMS
Asia-Pacific Is Now Home To The World's Most Millionaires

By Matt Moreno
June 18, 2015
While the Asia-Pacific region may house the most millionaires, North America is home to the richest of the rich.
SHOW TRANSCRIPT

The list of Asia-Pacific's millionaires is growing, and it's growing fast.

According to the World Wealth Report 2015 released by Capgemini and RBC Wealth Management, the region is now beating North America for the world's most millionaires — by about 10,000.

While the area may boast the most millionaires, North America's still got the richest of the rich. The wealthy of North America account for $16.23 trillion in wealth, about a 9 percent bump from last year. Asia-Pacific comes in around $15.82 trillion.  (Video via Capgemini)

The wealthy of North America account for $16.23 trillion in wealth, about a 9 percent bump from last year. Asia-Pacific comes in around $15.82 trillion.

According to the report, the U.S. and China alone were responsible for 52 percent of the growth in the world's so-called high net worth individuals.

The report states Europe could soon be in the mix to make big gains in its millionaire count as the continent recovers from money problems in Spain, Italy, Ireland, Portugal and Greece. (Video via Federal Reserve Bank of St. Louis)