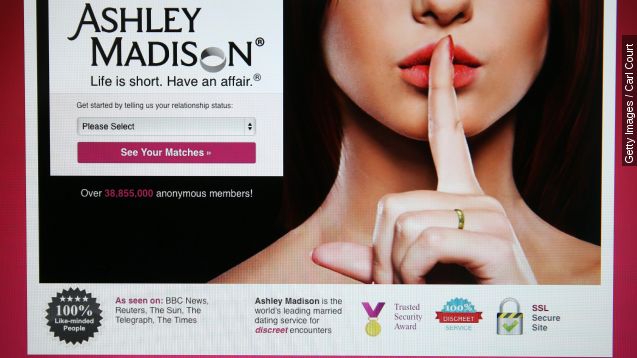 "Life is short. Have an affair."

Ashley Madison CEO Noel Biderman has resigned after a new wave of leaked company emails suggested he took the site's motto to heart.

The self-proclaimed "King of Infidelity," Biderman had previously denied having any affairs himself in an interview with the New York Daily News.

Biderman told the Daily News he was a happily married man and father of two children. However, he did say, "If I wanted to have an affair, I would have one."

And apparently he did. That is, he had at least one affair, according to the newly released emails.

Biderman allegedly met a woman in a spa and had a three-year relationship with her. The emails suggest the woman called off the affair fearing her boyfriend would find out. The emails also reveal information that links Biderman to other women.

But Biderman's personal information being made public is only a small fraction of the scandal. Hackers claim to have released the names and personal information of 32 million customers. Two suicides have also been linked to leaked data, according to Canadian police. And the company is facing three lawsuits.

The response to the hack has led parent company Avid Life Media to issue a $500,000 bounty on any information that would lead to the arrest of the hackers that call themselves the Impact Team.

The scandal also started a U.S. government investigation as 15,000 emails were traced back to the government and the military.

As for Biderman, Avid Life Media agrees it is better not to have him on board as the wave of scandals keeps hitting the company.