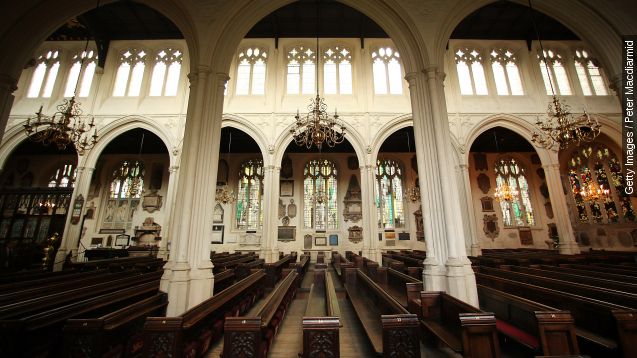 What to do with that old abandoned church in your neighborhood? Why not turn it into a home? Entire Pinterest boards are dedicated to the idea. And now, celebrities are jumping on the trend.

Johnny Depp was ahead of the curve, turning a chapel into a guest house on his estate in France in 2001. As he looks to sell, others are buying similar properties.

Beyonce and Jay Z purchased a church-turned-home in May.

The couple closed the deal on an old New Orleans church, where New York Daily News says the altar became the dining room, and the choir loft is now the master suite.

Now in LA, pastor's kid Katy Perry is hoping to buy a convent.

But the Los Angeles Times reports the nuns aren't so happy. Two sisters are debating with LA's archbishop over who has the right to make the sale.

One possible explanation for these church conversions? As the number of churchgoers decreases around the U.S., more churches are closing and going on the market.

And this trend might continue as researchers see a rise in Americans who don't identify with a particular faith, especially millennials.

It's no surprise the Vatican isn't too pleased with these events. The president of the Pontifical Council for Culture has condemned the "immoral" transformation of churches into nightclubs and strip clubs. And yes, that's actually happened.