As Japanese Hostage Deadline Passes, Still No Word From ISIS 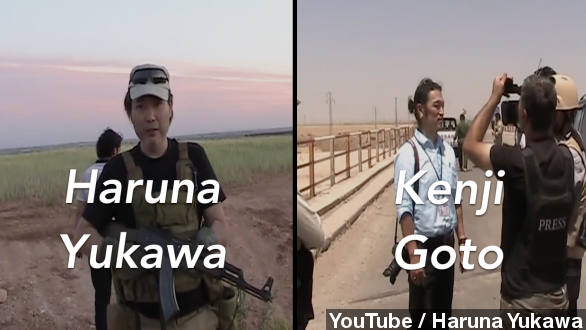 SMS
As Japanese Hostage Deadline Passes, Still No Word From ISIS
By Jake Godin
By Jake Godin
January 23, 2015
The deadline ISIS set for Japan to pay a $200 million ransom in exchange for two hostages is now up, yet there's been no word from the militant group.
SHOW TRANSCRIPT

Japan is out of time.

That was 72 hours ago, and now the fate of Kenji Goto, a freelance journalist, and Haruna Yukawa, a private security contractor, is unclear. The Japanese government had set Friday afternoon Tokyo time as the official deadline.

On Friday morning, Goto's mother made a plea to ISIS to let him live.

"I'd like to say to all the people of Islamic State that Kenji is not your enemy. Please release him."

Abe made no indication that Japan would pay the ransom — though if he is considering it, it isn't likely we’d hear that publicly. During his initial press conference, he said he felt "strong indignation" about the demands and vowed not to cave to terrorism.

But now the deadline has passed, and there's been no word from ISIS. There were earlier reports that it would release a statement "soon," but that statement never came.

On Friday evening, Japan's Chief Cabinet Secretary Yoshihide Suga said the government has approached heads of tribes and religious organizations for assistance but still has had no contact from ISIS.

The hostage crisis has created a challenge to Abe's government, which has been trying to loosen Japan's constitutionally mandated pacifism and give the country a bigger presence in international affairs.

That includes the $200 million nonmilitary aid package Abe pledged to give Middle Eastern countries battling ISIS shortly before the hostage video was released.

Another Japanese hostage crisis in 1999 ended with Japan paying a $3 million ransom to militants in Kyrgyzstan.