As Browser Wars Get Personal, Firefox Gives Privacy A Try 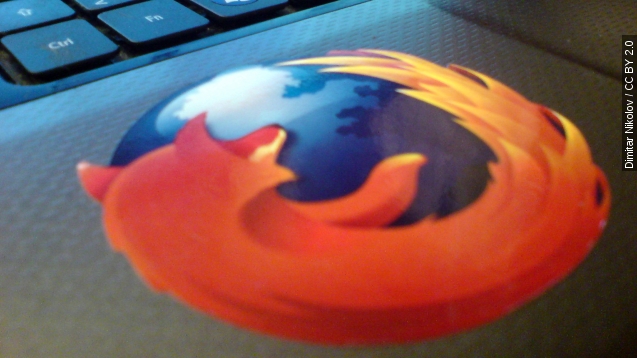 SMS
As Browser Wars Get Personal, Firefox Gives Privacy A Try
By Leah Becerra
By Leah Becerra
August 16, 2015
Firefox is testing an update that would keep users' data truly private, a feat Chrome and Edge might not be able to beat.
SHOW TRANSCRIPT

Oh, how the mighty have fallen.

Both Internet Explorer and Firefox at one point were rulers of the free Web. Now, according to data from W3Schools, they're being trampled by Google's Chrome. But the two browsers in second and third place do have one thing in common; they're both fighting to get users back.

The most recent battle started with the launch of Windows 10. When Microsoft users updated their computers, their default browser was switched to Microsoft Edge, and it's not easy to change it back. That's about the same time the maker of Firefox started getting real scrappy.

Windows Central rebutted, "Mozilla has started a war of words with Microsoft over Windows 10."

Now, it's possible Microsoft's default browser switch during the Windows 10 upgrade process was just to get people to try out its re-branded Edge browser. It's also possible the move was to give the company an advantage in the browser wars.

Regardless, it set a fire under Mozilla to get an update out stat. Computerworld said the rushed update, "was a turnabout from 2014 when it abandoned years' worth of work on a browser for the touch-centric Windows 8."

Aside from the update, Firefox also put out a detailed how-to on its support site showing Windows 10 users all the steps needed to boot Edge from the default browser position on their machines.

Mozilla and Microsoft's back and forth had little effect on Google. But Mozilla's newest announcement might even get Chrome users' attention, especially considering the growing concern over how peoples' private data is used by the companies they're supposed to trust.

Mozilla announced Friday it's testing out a truly private browsing experience that will "actively block website elements that could be used to record user behavior across sites. This includes elements like content, analytics, social and other services that might be collecting data without your knowledge."

Chrome and Microsoft's versions of private browsing, Incognito and InPrivate, also claim to not keep any information about the sites visited while in use, but not to the same extent. (Video via Mozilla)

Mozilla warns that its updated private browsing mode, which is currently only available in a pre-beta form, will block data collection to the point that "Websites might appear broken."

Now it's Microsoft's move — or maybe Google, the master of monetizing web data, will get in on the fight. After all, Google stands to lose the most if computer users decide they'd rather not share their data.

This video includes a image from Getty Images.