As A Comedian, Jon Stewart Bypasses Confines Of Journalism 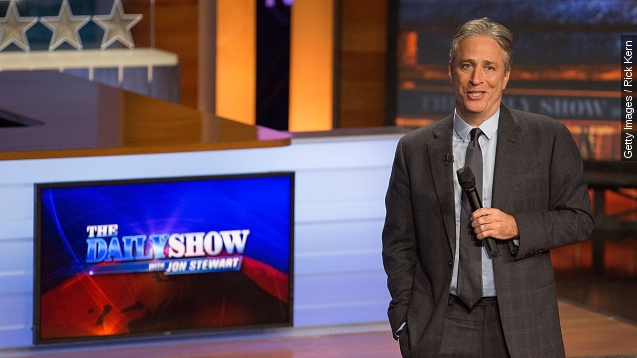 SMS
As A Comedian, Jon Stewart Bypasses Confines Of Journalism
By Ben Lawson
By Ben Lawson
August 1, 2015
Jon Stewart's been skewering politicians on "The Daily Show" for 16 years but he doesn't want you to call him a journalist.
SHOW TRANSCRIPT

Jon Stewart is wrapping up 16 years of offering stinging political criticism on "The Daily Show" this week. But despite his show's content, Stewart has always maintained he's never considered himself a journalist.

"I can assure you they aren't getting any kind of journalism from us," Stewart said.

Stewart describes himself as a comedian and when anyone goes so far as to suggest "The Daily Show" has some journalistic weight to it, he goes to sometimes ridiculous lengths to deny that.

But no one seems to be arguing that he has influence, something that has been widely discussed in the final months of his career.

"This guy has had an enormous impact on our politics and our society in some way. ...He persistently called out hypocrisy and lack of authenticity," said author and political consultant David Axelrod.

And that's outside the constraints of journalism. As a comedian he doesn't have a strict code of balance and fairness to abide by.

Pew studies have confirmed what's already pretty obvious: Stewart typically spends more time skewering Republicans than any one else and he does so pretty openly.

"This Trump guy is a rich, crazy, egotistical monster! People like him are supposed to buy the candidates, not be them!" Stewart said.

That's not the kind of thing journalists get to say but, technically, as a comedian Stewart doesn't have to feel guilty about that and he probably doesn't.

"We're a group of people that really feel that they want to write jokes about the absurdity that we see in government and the world and all that, and that's it," Stewart said.

But that Pew study also found that "Overall, 'The Daily Show' news agenda is quite close to those of cable news talk shows."

So maybe when Jon Stewart looks back on his career, he will find he had more in common with Bill O'Reilly than he would have liked to admit.