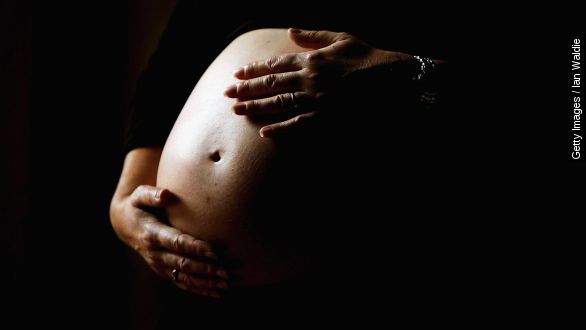 SMS
Artificial Pancreas Helps Diabetic Mom Give Natural Birth
By Jill Ornitz
By Jill Ornitz
May 1, 2015
Experts say a Type 1 diabetic mother in the United Kingdom has become the first to have a natural birth while using an artificial pancreas.
SHOW TRANSCRIPT

According to experts, a mother has made history.

The mother, who participated in a study in the United Kingdom, became the first Type 1 diabetic woman in the world to give birth naturally while using an artificial pancreas. (Video via De Montfort University)

Three other diabetic women have given birth while using an artificial pancreas, but those births were via c-section.

Having diabetes can be difficult during pregnancy because hormone levels fluctuate. It can also be hard to predict the body's sugar levels.

An artificial pancreas helps carry out the functions of a healthy pancreas and automates insulin delivery to help control blood glucose levels. (Video via Al Jazeera)

This is important because the Centers for Disease Control and Prevention says uncontrolled blood sugar can cause birth defects, early births and can increase the chance a baby will be delivered via cesarean section.

The principle researcher on this study says the artificial pancreas could help treat diabetes during pregnancy and lead to healthier mothers and babies.