Artificial Human Sperm And Eggs Could Be A Reality 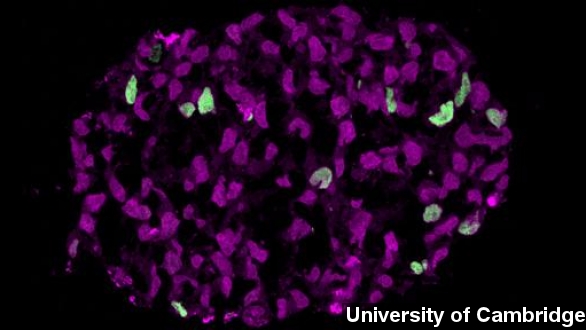 Researchers from the University of Cambridge announced a breakthrough that could potentially result in successful lab-induced human fertilization as well as answer important questions about the aging process.

Using both stem cells and skin cells the researchers were able to begin the process of creating human sperm and eggs. Stem cells are able to grow to be any type of cell in the human body. Skin cells, on the other hand, can be manipulated into having similar abilities as stem cells.

"If some adult cell types are taken, grown in plastic dishes and given specific genetic instructions, over time a small number of these cells will reverse from their differentiated state and develop the ability to re-differentiate," explained Stem Cell Network.

Now, the final product of the research wasn't mature sperm or eggs. The researchers actually created germ cells which they say would eventually develop into the reproductive cells, so the findings show it's likely possible to create sperm and eggs that do work.

As one researcher explained in a Cambridge press release, "Germ cells are 'immortal' in the sense that they provide an enduring link between all generations, carrying genetic information from one generation to the next. ... These mechanisms are of wider interest towards understanding age-related diseases."

The process of using skin and stem cells is one we've seen successfully done in mice and rats but one big factor in this most recent study is the realization the same process can not be used on humans.

Nature explains that's what's so important about the findings, writing, "Mouse embryonic stem cells are ‘naive' — easy to coax into any differentiation path — whereas human stem cells are ‘primed’ in a way that makes them less adaptable."

Researchers discovered the biggest difference is a gene called SOX17. The mouse equivalent to this gene was not needed to successfully create reproductive cells.

University of Michigan explains, "SOX17 is a protein that turns other genes on and off." in other words, SOX17 is critical in telling stem cells what kind of cells to become.

But CBS makes the important point that "the findings could open the door to more intensive research on human genetics and certain cancers, and could impact fertility treatments sometime in the future."