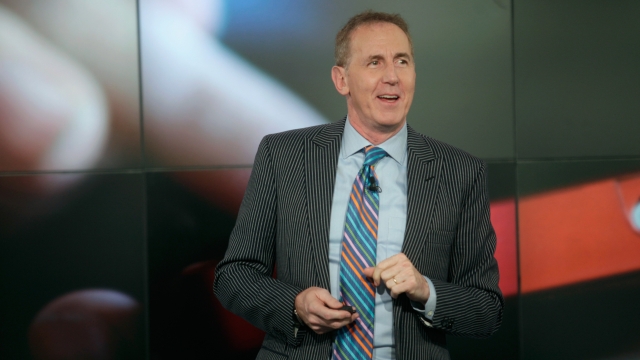 SMS
'Art Of The Deal' Co-Author Is Terrified Of A Trump Presidency
By Samantha Crook
By Samantha Crook
July 18, 2016
The author said, "My 2-year-old grandson has a longer attention span than Donald Trump."
SHOW TRANSCRIPT

"My 2-year-old grandson has a longer attention span than Donald Trump is itself terrifying," Tony Schwartz told ABC.

The co-author of "The Art of the Deal" went public with some disparaging claims about Donald Trump, including the claim that Trump made no meaningful contributions to writing the book. Schwartz told ABC it's his "civic duty" to speak out about Trump's poor character.

The business book/memoir was published in 1987 and held on to a spot on The New York Times best-seller list for weeks.

He's previously pointed to the book as one of his qualifications for president.

"You've got to batch the structure. I prefer to come to work each day and just see what develops and what happens. That's true," Trump told The Wall Street Journal.

"We need a truly great story now. We need a leader that wrote 'The Art of the Deal,'" Trump said at his campaign announcement in 2015.

After Trump's announcement, Schwartz tweeted, "Many thanks Donald Trump for suggesting I run for president."

Schwartz says the book is deceitful, and he regrets writing it. But with the possibility of Trump becoming president, he said it was time to speak up. He told The New Yorker, "I genuinely believe that if Trump wins and gets the nuclear codes there is an excellent possibility it will lead to the end of civilization."

Trump defended that he was the one who wrote the book and told The New Yorker Schwartz was probably just trying to get publicity.

Schwartz told outlets he gives his share of royalties from the book to charities that help the kinds of people Trump attacks, including nonprofit organizations that aid immigrants.

This video includes images from Getty Images and clips from The Rich Dad Company. Music provided courtesy of APM Music.