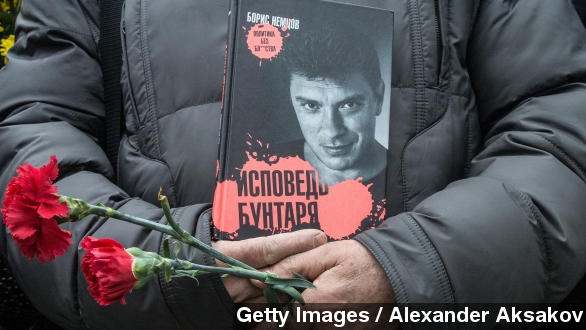 One of five men detained in connection with the death of Russian opposition leader Boris Nemtsov has confessed, and he fits a profile.

A judge in the case said Zaur Dadaev signed a confession, just a day after Russian authorities detained him and four others. (Video via Mir 24)

The men are all from the restive North Caucasus region of Russia, which has seen continued violence since wars of independence from Russia began in the early '90s. (Video via Stratfor)

And the arrest and prosecution of men from the North Caucasus for the killing of a prominent Putin opponent isn't a new narrative.

In 2006, journalist Anna Politkovskaya, a frequent critic of Putin and his policies, was gunned down in the elevator of her apartment building. (Video via Dixit International / "A Bitter Taste of Freedom")

Three Chechen men were finally convicted of killing her and sentenced to prison in 2014, and the process, which took eight years and a retrial, was criticized by international observers. (Video via Al Jazeera)

Authorities considered those men hit men and said the mastermind behind the killing remained at large. (Video via Euronews)

Before that, there was the 2004 murder of Paul Klebnikov, an American journalist who had investigated prominent Kremlin figures. Three Chechen men were tried and acquitted in that case. (Video via RT)

Multiple outlets have reported authorities are still looking for the person who ordered Nemtsov's killing, which would imply similarities to Politkovskaya's case.