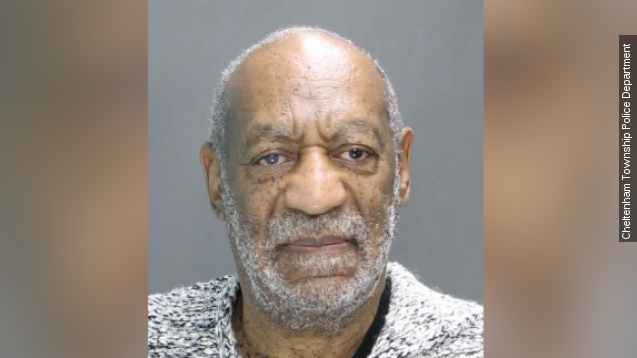 Bill Cosby posted 10 percent cash on a $1 million bail set Wednesday at his arraignment for charges brought against him in the 2004 Andrea Constand sexual assault case.

Along with the bail, Cosby was ordered to turn his passport over to prosecutors. He pleaded not guilty to the charges.

Immediately after the arraignment, Gloria Allred — the lawyer who represents 29 of Cosby's accusers — held a press conference.

"For many of my 29 clients who allege that they are victims of Bill Cosby, seeing him criminally charged and having to face a trial is the best Christmas present that they have ever received," she said. (Video via CBS)

Allred said many of her clients are willing to testify in the trial.

"We are here to announce today charges that have just been filed against William Henry Cosby," said District Attorney-elect Kevin Steele.

Constand was the first woman to come forward with sexual abuse allegations against the comedian. She first contacted authorities in 2005 with claims that Cosby drugged her and then forced her to sexually touch him.

While Constand has not commented on the warrant, her lawyer, Dolores Troiani, said: "Obviously we appreciate the expression of confidence in her. ... We hope justice will be done. ... I think this arrest warrant speaks for itself."

The arrest warrant is cutting any prosecution close to the deadline; the Pennsylvania statute of limitations to charge Cosby in the case ends in January 2016.

The number of women accusing Cosby of drugging and sexual assault is well over 50. Several have filed defamation suits, with Cosby filing a countersuit against seven women in December. Until these recent developments, Cosby had not been charged with a sexual crime. (Video via Bill Cosby)

If convicted, the charges are punishable by five to 10 years in prison.