Arrest Made After Police Officers Shot In Ferguson 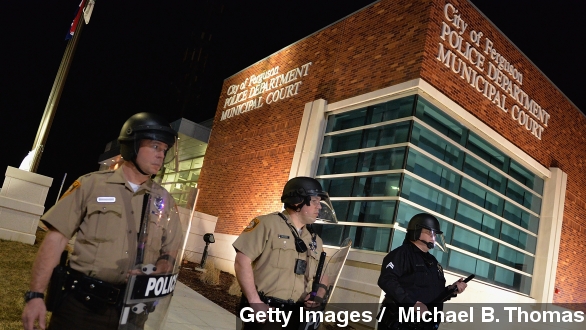 St. Louis police have arrested one suspect in connection with the shooting of two police officers last week near Ferguson, Missouri, police headquarters.

"It's possible at this point he was firing shots at someone other than the police, but struck the police officers. ... He may have had a dispute with some other individuals or felt some dispute. We're not sure we completely buy that part of it," McCulloch said.

"The gunfire came from across the street, sending officers and protestors scrambling for safety," CBS reported.

"Bullets were whizzing, really, right past my head," a witness said.

The two surviving officers shot were not from the Ferguson Police Department but rather from two neighboring precincts. One was shot in the face and the other in the shoulder, though neither injury was considered life threatening. (Video via KMOV)

Police said Sunday that Williams admitted to firing the shots from a car but did not say he meant to hit the officers.

The shooting happened Thursday morning just past midnight, after a day of protests over the killing of unarmed black teenager Michael Brown, who was shot and killed by a white Ferguson police officer in August.

Brown's parents condemned last week's shooting, releasing a statement reading in part: "We reject any kind of violence directed toward members of law enforcement. It cannot and will not be tolerated."

Police said Williams used a 40mm handgun and has been part of Ferguson-area protests in the past. The handgun was recovered via search warrant at his house.