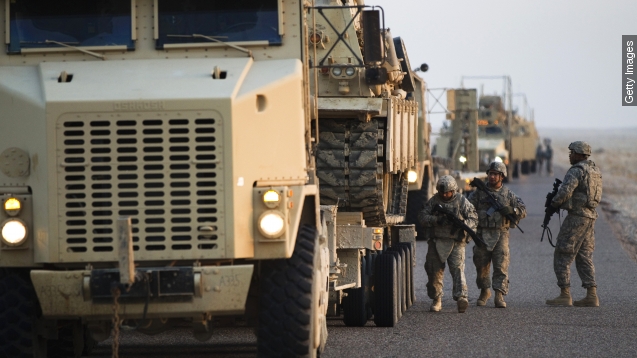 SMS
US Army To Cut 40,000 Troops; More Civilian Layoffs Planned
By Leah Becerra
By Leah Becerra
July 7, 2015
The U.S. Army is reportedly cutting 40,000 troops in the next two years. An additional 17,000 civilian employees could also be laid off.
SHOW TRANSCRIPT

The U.S. Army could be preparing to cut 40,000 troops over the next two years, according to a document obtained by USA Today.

Those 40,000 soldiers' jobs would likely be in addition to 17,000 Army civilian employees. (Video via U.S. Department of Defense)

This cut isn't too surprising, though. The Army had previously said it would reduce active-duty troops by 80,000 over five years beginning in 2013.

Even at that time, the downsizing supported the Army's goal to ease off the peak numbers reached during the wars in Iraq and Afghanistan.

During those wars, the Army saw enrollment numbers near 570,000. This new cut would bring enrollment down to about 450,000. And that's not including the cuts that could start in October under sequestration. (Video via U.S. Department of Defense)

If those cuts happen, that would eliminate another 30,000 soldiers.

This video includes images from Getty Images and music from @nop / CC BY NC 3.0.