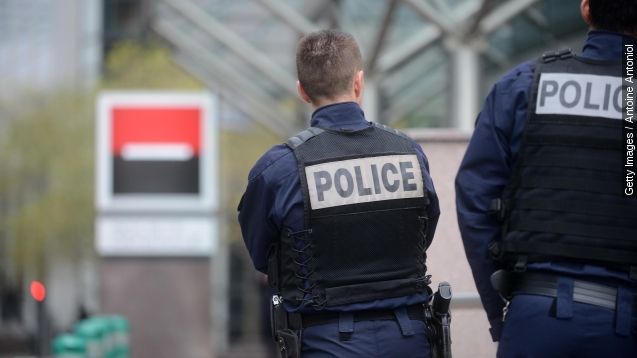 By Jay Strubberg
January 7, 2016
The man was shot and killed after reportedly lunging at a police officer. Officials say they're investigating the incident as potential terrorism.
SHOW TRANSCRIPT

French police have reportedly shot and killed a knife-wielding man outside a police station in northern Paris.

Officials say the male suspect might have yelled "Allahu Akbar!" or "God is great!" in Arabic. He was also believed to be equipped with a fake explosive belt.

The incident comes on the anniversary of the deadly shooting on the French satirical newspaper Charlie Hebdo.

Last January, 17 people were killed in multiple terrorist attacks in France over a three-day period.

French President Francois Hollande visited the offices of Charlie Hebdo Thursday to pay his respects to the victims.