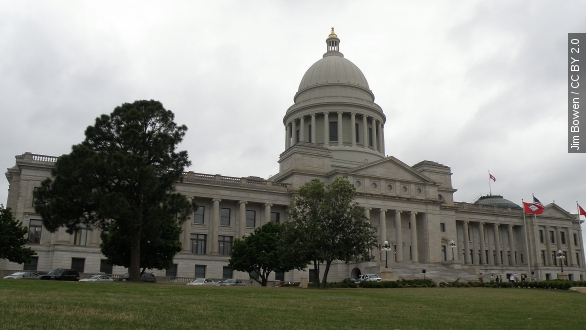 The Arkansas Legislature has passed a religious freedom bill that closely mirrors the one recently signed into law in Indiana.

The bill will now go to newly elected Arkansas Gov. Asa Hutchinson, who is expected to sign it into law.

That means Hutchinson will have to decide whether his state wants the kind of controversy created by the Indiana bill, which has been attacked in the media and by big companies, who call it a roundabout way for businesses to refuse service to gay and lesbian customers.

Indiana Gov. Mike Pence called on the state's lawmakers Tuesday to clarify its religious freedom bill, asking for language to be added making it clear it doesn't allow discrimination.

One of Arkansas' largest employers, Wal-Mart, is among the companies that have criticized the state's religious freedom bill.