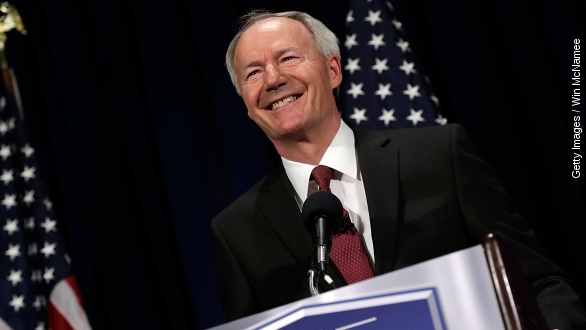 "The issue has become divisive because our nation remains split on how to balance the diversity of our culture with the tradition of our firmly held religious convictions," Hutchinson said.

The legislation sparked protests at Arkansas's capital over concerns it could be used to discriminate against the LGBT community.

The revised language says the law should be interpreted the same way as the federal Religious Freedom Restoration Act signed by President Bill Clinton in 1993, which is the basis for the religious freedom laws in 20 other states.

After protests and threats from businesses to leave the state, Indiana lawmakers announced they would make changes to the law to protect civil liberties.

In Arkansas, Wal-Mart was a loud opponent of the bill. The company, which has its headquarters in the state, reportedly asked Hutchinson to veto the original measure.