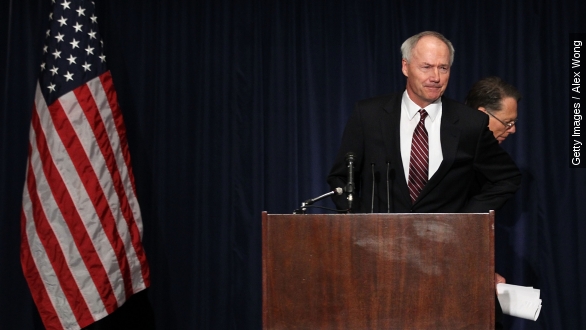 "I've expressed my view to the legislature ... that changes be made in the current bill to make it reflect the federal law. That, I think, sets the right tone for Arkansas. We'll look at additional action down the road as needed," Hutchinson said. (Video via CNN)

On Tuesday, the Arkansas Legislature sent the bill to the desk of its Republican governor. It closely mirrored the Indiana law, which critics say could allow businesses to refuse service to gay and lesbian customers.

One of Arkansas' largest corporations, Wal-Mart, is among the companies that have criticized the state's religious freedom bill.