Man Suspected Of Murder May Have Tweeted His Intentions 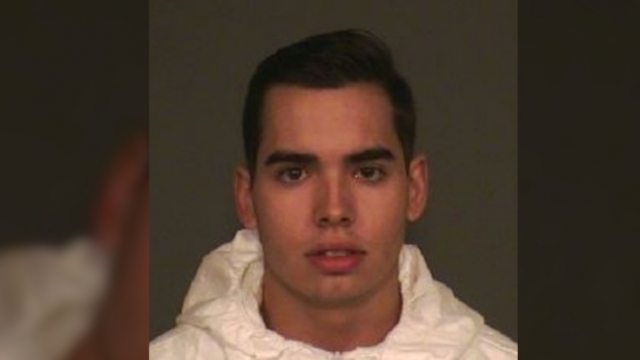 SMS
Man Suspected Of Murder May Have Tweeted His Intentions
By Ben Lawson
By Ben Lawson
August 23, 2016
A 21-year-old is in jail on suspicion of second-degree murder after he said he shot and killed his roommate.
SHOW TRANSCRIPT

Arizona police say a man may have tweeted about killing his roommates just a day before he said he shot and killed one of them.

Zachary Penton, 21, is being held in jail on suspicion of second-degree murder after police say he reported himself for shooting his roommate Daniel Garofalo.

The day before the incident, a tweet from an account that appears to belong to Penton said, "I need to move out of my place before I viciously murder my roommates."

Police say they have yet to confirm the account is Penton's.

Since news of the incident broke, the post has gone viral and as of Tuesday morning had been retweeted more than 38,000 times.

Penton told police that he didn't know Garofalo before moving in with him and that he had only been living there for two months.

According to court documents obtained by The Arizona Republic, Penton claimed Garofalo entered his room and threatened to kill him if he didn't move out.

Penton said his roommate tackled him to his bed. He claims he eventually pulled out his gun and shot Garofalo twice.

Penton is currently being held on a $750,000 bond in the Maricopa County jail.