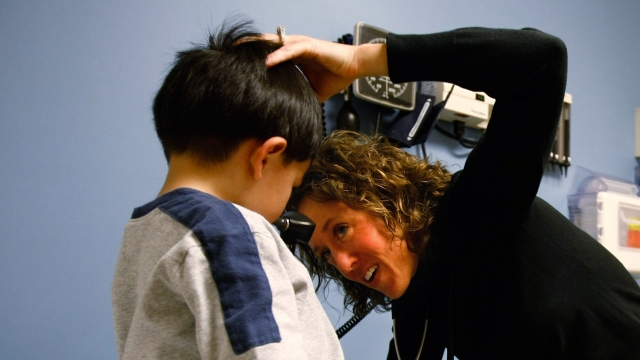 SMS
Arizona Is 50th State To Give Free Health Insurance To Low-Income Kids
By Ben Lawson
By Ben Lawson
May 7, 2016
The bill is aimed at families who earn too much to qualify for Medicaid but make less than 200 percent of the federal poverty level.
SHOW TRANSCRIPT

Arizona just brought back a program that provides health insurance to children in low-income families.

It's essentially a revival of KidsCare, Arizona's version of a federal program for kids. The state closed enrollment for the service six years ago to cut costs.

But federal funding for the program increased last year, and now it won't cost the state any money. More than 30,000 children in Arizona are believed to be eligible.

KidsCare is aimed at children whose families earn too much to qualify for Medicaid but earn no more than 200 percent of the federal poverty level.

The revival means Arizona is no longer the only state in the nation that doesn't offer some version of the children's health insurance program. Gov. Doug Ducey signed the bill Friday evening after Republicans gave up opposition.

Their main argument against the program's revival was that it would expand federal programs within Arizona and not promote state independence. One state senator said taxpayers are still paying for it even if it is coming out of federal funding, instead of the state's budget.

The bill goes into effect in August and will provide health insurance to Arizona children until at least September 2017.

This video includes clips from KSAZ and KNXV and images from Getty Images.