Are The Denver Broncos Turning Football Into Moneyball? 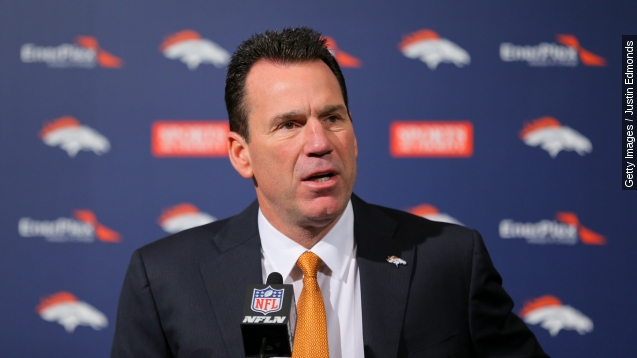 They already have Peyton Manning, but the Denver Broncos are now letting the numbers inform the play-calling.

First-year Broncos head coach Gary Kubiak says the team will have Director of Analytics Mitch Tanney on headset with the coaching staff. (Video via KMGH)

Unless other teams have been secretly using experts, the Broncos will be the first team to have an analytics expert publicly advising a coach during a game.

In Chicago, Tanney evaluated in-game situations but not in the play-by-play sense. Also, the Bears didn't say he advised the head coach during games.

Analysis in the NFL has focused on scouting and team performance, but this move by the Broncos could start a trend.

The analytics movement isn't mainstream in football, unlike in baseball, where the stat-heavy Moneyball trend gained attention, devout followers and even a movie. (Video via Columbia Pictures / "Moneyball")